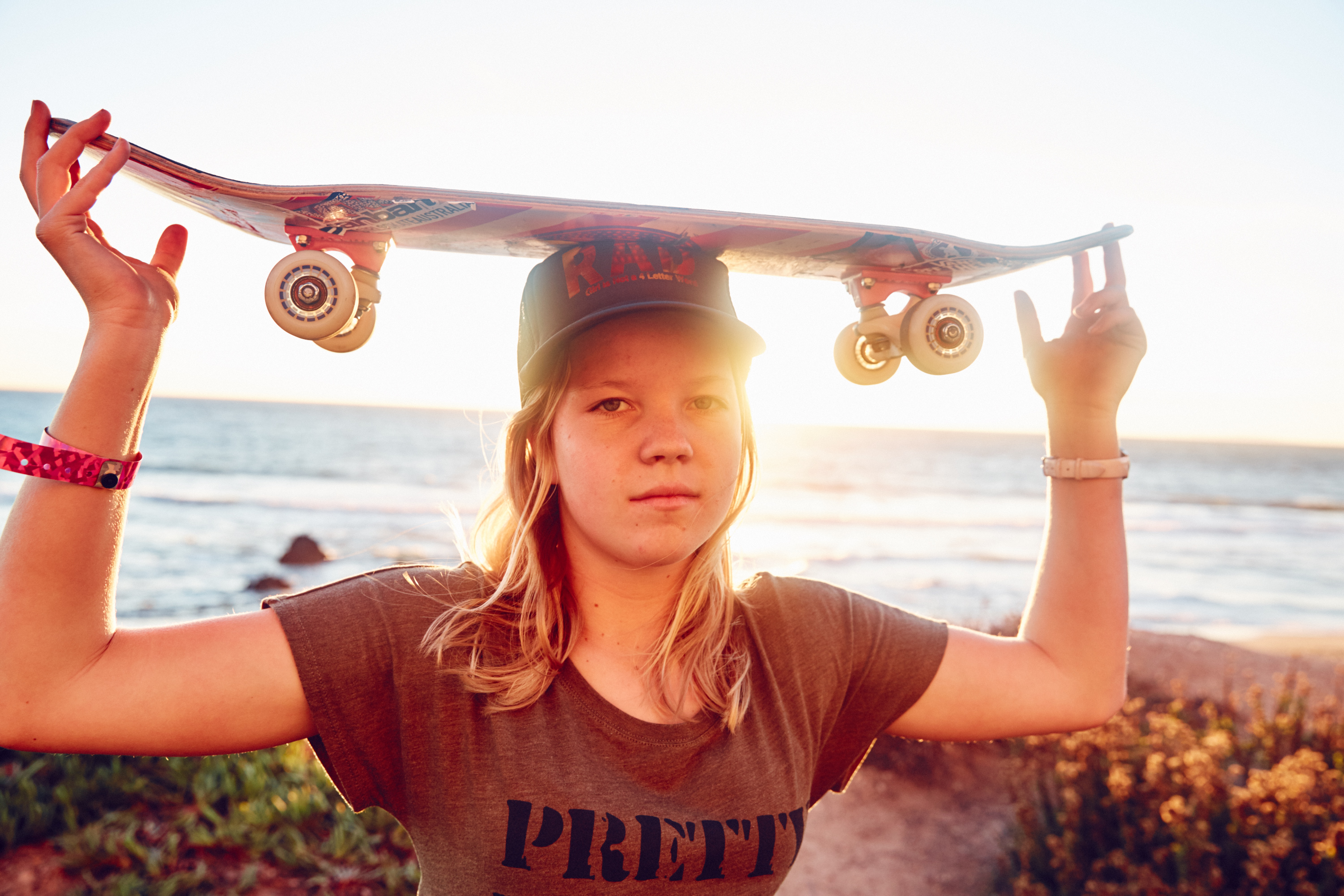 How old are you & what sports do you play?
I'm 16 and i skateboard and surf.

What has skateboarding taught you that you think you'll use later in life?
To face your fears, its never as bad as you think it going to be.

What are 3 words that describe the impact sports has had on you?
Confidence, unity, belief

How do you feel when you accomplish something you never have before on a skateboard?
Exhilaterated. So proud and happy, and why did that take me so long to build up the courage to do?!

Who is your role model? What do you want to be when you grow up?
I think Cindy Whitehead from 'Girl is Not a 4 Letter Word' is awesome, she gives so much back to women’s skateboarding. I love Nora Vasconcellas, Lizzie Armanto  - basically any girl making a living from skateboarding are my role models, paving the way for me and others my age. I would like to represent Australia in the Olympics. I think I will always be involved in skateboarding and I will always encourage more girls to skate.

What advice would you give to your 5-year-old self?
Not to worry. And to get ready for a fun ride.

What are the top 3  you have to be to succeed in your sport?
Definitley courage, humility, sportsmanship.

Anything else you want to tell us about skateboarding that we may not know ?
Skateboarders are really creative and artistic. Skateboarding and art goes hand in hand.
The girls that I compete against are all pretty close. We travel together and hang out together, we know how hard our sport is and have genuine respect for each other.

What is your greatest memory from skateboarding? Your favorite day?
Probably doing a doubles run with Tony Hawk in front of literally thousands of people at the Australian Formula 1 Grand Prix. 6 fighter jets flew really low over the vert ramp and then we did our doubles run with Tony airing over me while i was doing a 360 air. The crowd went wild and the noise of everything was crazy. It was pretty insane.

What's the latest thing you've accomplished?
I turned Pro this year and won the World Cup of Skateboarding - Vans Girls Combi Bowl. That was pretty awesome.

What are  your goals for this summer?
Have fun and skate every day! I’m in Cali for the summer! I really want to make top 10 at the US Open of Surfing - Vans Park Series at Huntington Beach. Its a great comp and the top 10 go to finals in Sweden in August! That would be so cool.